A profoundly deaf Cambodian man can hear the world around him, thanks to the help of the U.S. Navy-led Pacific Partnership 2012 mission and Williams Sound.

The 27 year-old man, Lorn Siiha, has had his quality of life amplified to an exciting new level thanks to the gift of a product that was not in his own means to obtain.

Siiha was born with practically no hearing and has led a silent life, communicating via sign language.

With the help of Cambodian non-profit organization M’Lop Tapang, the young man is learning how to be a waiter at the charity’s Sandan Restaurant, which runs a hospitality vocational training program.

Siiha’s life-changing moment found its genesis when the restaurant manager approached two Australian military nurses serving on Pacific Partnership who were dining at the restaurant.

The manager wanted to know if Siiha could be tested onboard the USNS Mercy, the massive hospital ship that serves as the floating base for the Pacific Partnership mission.

He was hopeful the multinational team could provide Siiha with a hearing aid of some description to help him be more situationally aware of his surroundings and perhaps learn to talk.

The nurses decided to approach their U.S. Navy commanders with the proposal of having Siiha tested for the one remaining Williams Sound Pocketalker® personal amplifier, one of two donated by the U.S. company.

IMAGE CAPTION: U.S. Navy audiologist Lieutenant Amanda Boudreaux fits Siiha with a Pocketalker® personal amplifier, one of two donated to the ship by William Sound. Siiha can now hear enough to give him situational awareness.

Permission was granted and on the appointed day, Siiha and his friend, a selftaught sign language translator, boarded a ferry for the short ride to the Mercy and a chance for assisted hearing.

U.S. Navy audiologist Lieutenant Amanda Boudreaux met with Siiha on arrival and took him to the ship’s audiometric testing booth to see what hearing the man still had.

“We determined that he had a mild to severe hearing loss in one ear and a mild to profound loss in the other ear,” she said. “There was enough hearing ability for him to be able to use an amplifier, so we gave him our last one. It was really exciting to be able to help this young man to understand a bit more of what’s going on in his world.”

For Siiha it was a life-changing moment. “I can hear a little bit of what’s going on around me now,” he said via his sign language translator. “It’s so much better than before. I’m very grateful to everyone for making this happen.”

Now that Siiha can hear his surroundings, he can try to learn how to speak for the first time.

For Lieutenant Rebecca Linich, one of the two Australian nurses who first heard Siiha’s story, a chance meeting at a restaurant has led to a standout moment for her deployment.

“It feels very satisfying. It feels like I’ve made a difference to someone,” she said. “I thought organizing this would be too difficult, but it wasn’t. Everyone saw the bigger picture and wanted to help, and now we’ve changed a person’s life.” 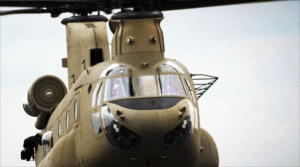 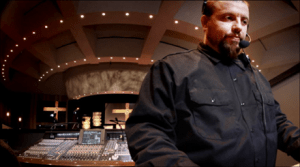 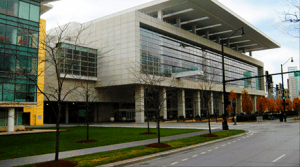